This year, for the first time, Brandon and I cooked an entire Thanksgiving dinner by ourselves and for ourselves.  A very generous branch member invited the entire branch to his home for Thanksgiving dinner yesterday.  We considered going, but he lives quite a while a way, the hour was around Edwin's bedtime, and any (any) public event that involves our children increases my personal stress by at least 33 percent and Brandon's a minimum of 500.

So instead I went to the Commissary and bought my very first Thanksgiving turkey.  Two years ago we were given a turkey and cooked it with Brandon's siblings, but this year was the first time I personally bought and paid for thirteen pounds of Butterball frozen young turkey.
My tentative plan was to invite another family with children of comparable age, but after having house guests for nearly three weeks, we thought we'd enjoy some family time together.  And by the time I thought about making invitations, all of their supplies were already bought.
Having now spent some time cooking involved dinners, I started cooking on Wednesday, getting the cranberry sauce, sweet potatoes, rolls, and stuffing ingredients out of the way.  We slept in Thursday morning, and then finished up the pumpkin pie, mashed potatoes, gravy, and of course turkey. 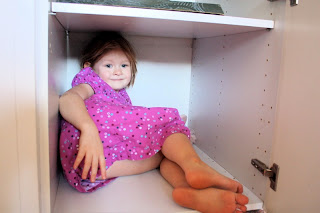 While were cooking pies, Kathleen was being cooked herself by Sophia in their own oven. 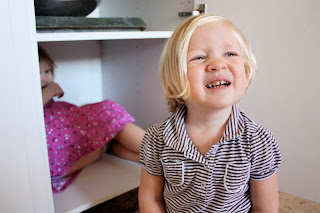 Eventually the turkey was finished and carved. 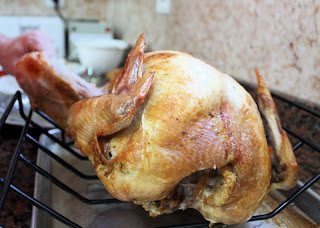 And we all sat down in our elegant dining room (thank you, Drexel Heritage and State) to enjoy enough food for at least three times the people we had.  Probably more as the girls decided that Thanksgiving dinner wasn't worth all of the time we'd spent cooking it and they would have rather had crackers and soda.  Edwin enjoyed all of it, however. 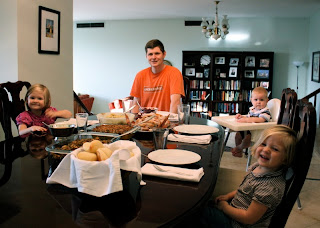 Having now cooked an entire Thanksgiving dinner solely for my family, I have no great desire to do it again, at least until everyone is older.  The children didn't care about the food, we spent most of the day cooking and cleaning, and everyone was grumpy by the end.  I'm strongly considering Chinese takeout for Christmas.
Posted by Sherwood family at 12:46 PM

Dude, you can get chinese in Egypt?

You know, I had the same thought as our Thanksgiving day wrapped up. "You know, I could have ordered Thai & everyone would have been just as happy."

Which is way I always had someone over than just you kids for Thanksgiving. Until you grew up and appreciated the food (and the work that goes into it!)

What a beautiful turkey! I totally agree with you about it being giant pain though. One year I cooked a turkey breast (big enough of a pain!) and I haven't done it since. Who says I can't be thankful for alfredo?