This week Sophia turned seven.  I'm so used to thinking of her as my little girl, I can hardly believe that she is seven years old.  Seven really isn't so little any more - it's only a year away from being baptized.  I remember my uncle, as we were looking at two week-old Kathleen scrunched into her enormous carseat, telling me she looked so little then, but it wouldn't be too long before she was graduating from high school and leaving me. 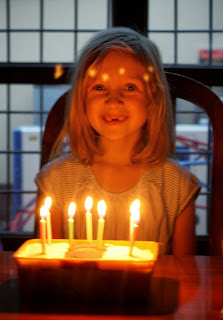 Sophia was Eleanor's age when we joined the Foreign Service and now she's seven years old.  It really feels like it has maybe been a year or two.  Funny how time does that to you. 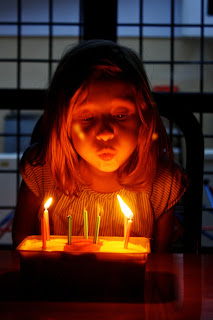 Sophia's birthday was, yet again, not quite what it should have been.  Brandon had stayed up until five that morning getting Pedialyte into Eleanor before succumbing himself.  I had stayed up until one thirty keeping him company, so we had a relaxed morning (no school on your birthday!) while I got a nap. 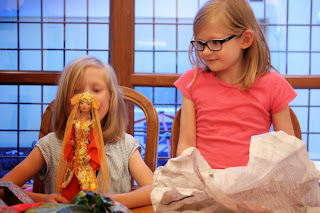 Then Sophia and I went to the grocery store for dinner supplies - eggs benedict as always - and some snacks.  We came home and picked up everyone minus the sickies and went to the embassy to play on the playground.  After dinner was cake ice cream (Sophia swore she would rather have ice cream than cake) and the best part, presents! 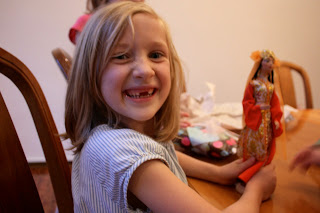 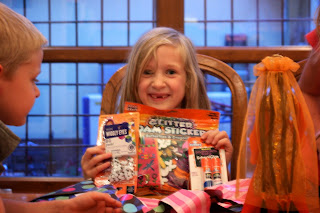 Sophia continues to be a joy in our family.  She is kind to her younger siblings and often comes to me asking for work because she's bored.  She always (mostly) wants to do the right thing and is often the peacemaker when Kathleen gets bent out of shape about something.  I'm pretty glad to have her.