Take Your Kids to Samarkand!

When Brandon was in language training, he and his Tajik teacher would often have conversations about linguistic misunderstandings.  Karim told Brandon about one advertisement he heard when he was new to the U.S.  'Take your kids to Samarkand!' it told the parents listening and then listed all of the fun things the kids would get to do.  Karim couldn't figure out why anyone in America would haul their children halfway across the world to take their children to a silk road city in Uzbekistan.  Sure, Samarkand was pretty cool, but it's not that well known in America.  Only later, when his English had improved, did he realize that the advertiser had said "summer camp" and not "Samarkand." 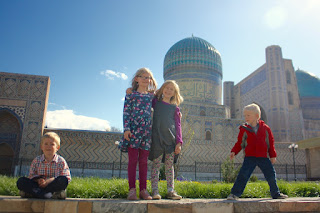 The CLO here organizes a trip to Samarkand and Bukhara every year.  Last year the children were too young (and nobody else with children went), but this year, Brandon decided, would be the year to take our kids to Samarkand. 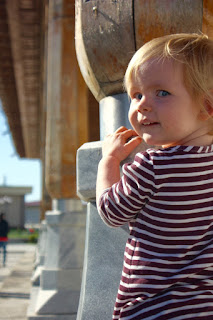 When he announced that we were going, I was skeptical.  "You do know," I pointed out, "that we have a ten-hour drive there, a four-hour drive to Bukhara, and a twelve-hour drive back?" 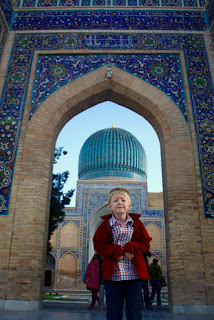 "I know," he replied.  "It'll be fine.  We've done longer drives."  I then wrote down his statement that the trip was his idea and that if anything went wrong he couldn't blame me. 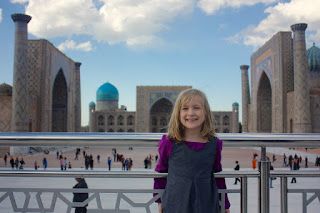 The drive our first day turned from ten hours to eleven and a half (for a 290-mile drive.  That's an average speed of thirty miles an hour), but the children actually survived - and we did too.  After a money exchange deal in a hotel room and dinner everyone got to bed. 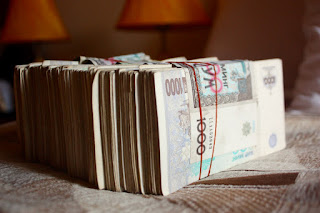 The next morning, bright and early, we set out to see Samarkand.  We spent the day driving around in our tour bus with Dennis, our Russian guide, seeing the amazing sights of Samarkand. 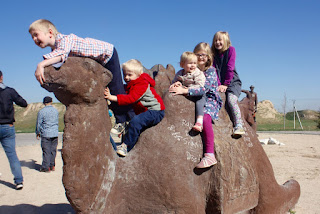 And they really were amazing.  When Brandon got excited about going to Samarkand I couldn't see what it was about.  Old city in Uzbekistan.  Sure, there was that silk road thing, but I've seen Istanbul.   And Cairo. I think I've got Islamic sight-seeing down. 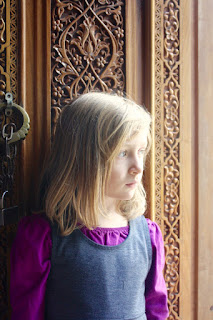 Turns out that I was wrong.  By the end of the day I could understand why Brandon had wanted to go to Samarkand for over half his life (not kidding.  He remembers seeing a picture of one of the sights in a book when he was eleven or twelve and wanting to go see it for himself). 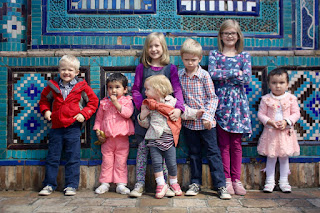 The children, on the other hand, weren't too impressed.  Sight-seeing is wasted on anyone under the age of ten.  And since that's all our children, it was wasted on all of them.  Their favorite part was partying in the back of the bus with their friends.  At least it kept them happy. 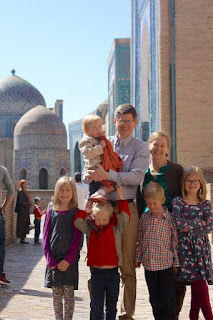 By the end of the day everyone was exhausted and there might have been a few cranky babies (three under two), but we all saw some pretty amazing stuff.  And now for the rest of their lives the children can say that their parents took them to Samarkand. 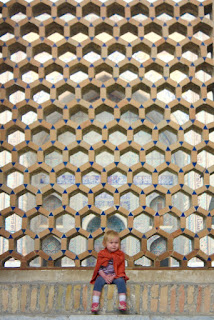 Posted by Sherwood family at 7:21 AM