While we were in Missouri this summer, we subjected ourselves to the ordeal known as Family Pictures.  Back in 2012, we had the very talented Mark Neuenschwander from 9art photography take our family pictures and were pleased to find that he still lived in the neighborhood and would take some more pictures.  He was willing to meet us at 7:30 in the morning (on the day we left to go home) and we got some great pictures.  And also, nobody ended up in the ER this time. 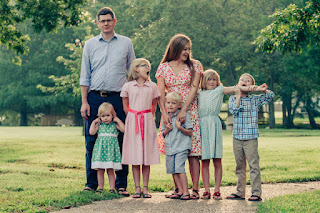 This is where Edwin tries to eat Sophia's arm. 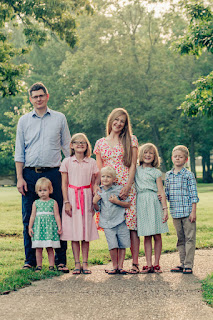 This is where (most) everyone - okay half the family - smiles. 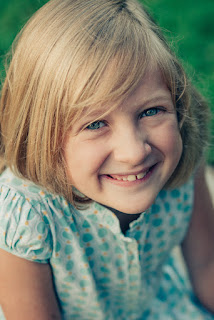 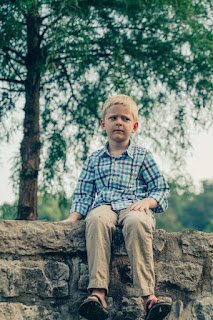 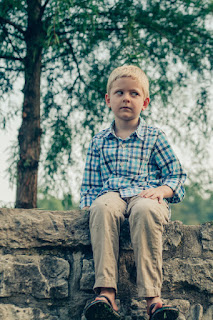 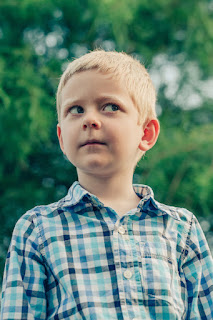 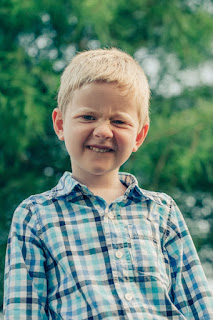 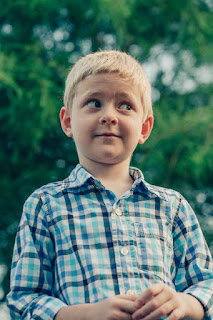 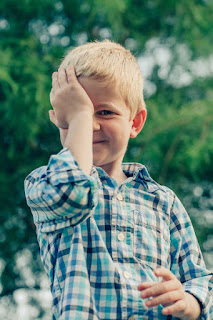 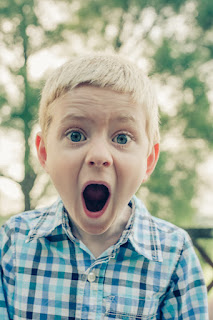 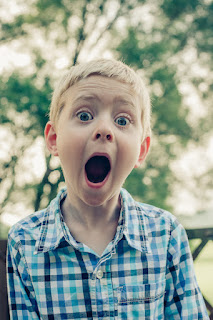 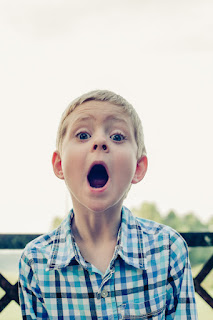 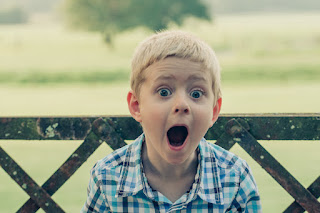 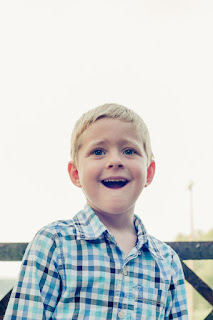 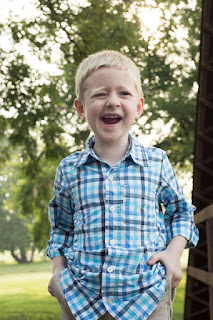 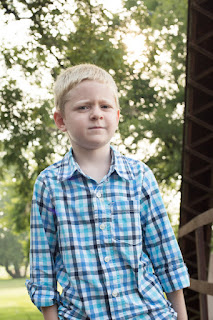 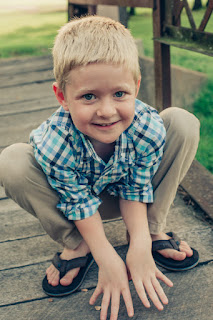 That counts.  Even if it's in some weird froggy-dinosaur-dog pose. 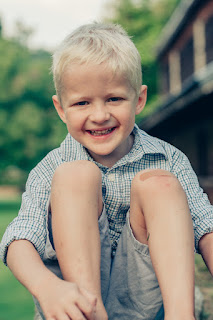 Joseph, always willing to smile (and with a newly-scraped knee). 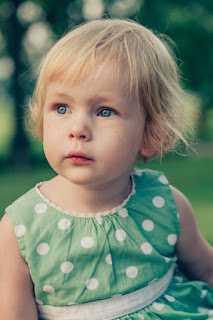 And Eleanor.  I hope none of the children mind that we love her best. 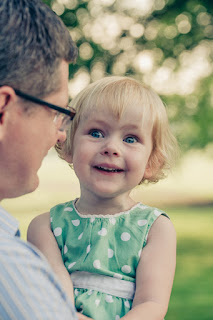 And again.  Because, Eleanor. 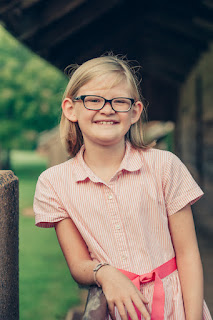 Kathleen, still little, but not for long. 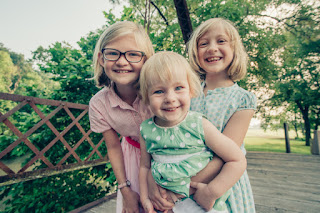 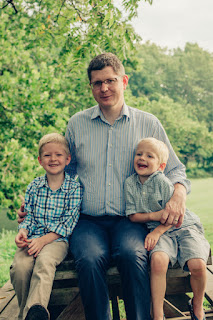 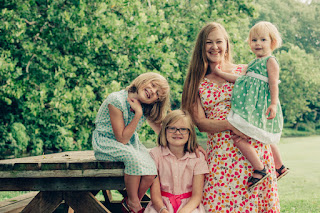 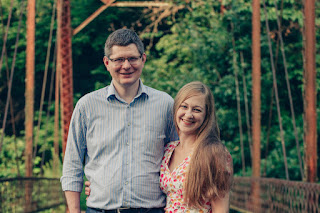 The one time Brandon smiled for a picture.

Posted by Sherwood family at 10:55 AM No comments:

Living in Dushanbe (and earning that differential) – Travel

Dushanbe is one of the highest differential posts in the world.  According to the State Department’s arcane schedule of Things That are Hard to Live With, Dushanbe is just as difficult as garden spots like Caracas, Mali, or Congo  and only slightly less hard to live in than Afghanistan.  Most of the time I feel like we found a pretty easy way to beef up our retirement accounts, but every now and then I run into something that I most definitely have to agree with State about.

And today I’m here to tell you about Dushanbe and travel.  Because every time we travel I have no doubt in my mind that Dushanbe really just as bad as Papua New Guinea and only slightly better than Afghanistan (although I haven’t looked up their travel options, so they might have a better deal).

Dushanbe has an international airport, one that just finished new construction about a week before we moved here (although the parking lot just opened up last month).  The word international implies that you can go to all sorts of exotic, international destinations.  And you can go to some destinations.  And even exotic ones (okay maybe Urumqi isn’t that exotic).  But you certainly can’t go to all the international destinations.  Want to go to Moscow, Istanbul, Khujand, St. Petersburg, Bishkek, Urumqi, Almaty, Novosibirsk (me either), Tehran, Dehli, or Frankfurt?  That’s great because you can go there via direct flight!  But, not every day of the week.  If you want to go to Frankfurt, your choices are Saturday or… Saturday.  Because that flight’s only once a week.  Moscow has daily flights, but who wants to go to Moscow?  Dubai has a whopping three flights a week (oh the choices!) and Istanbul and two or three, depending on the whims of Turkish Air.  So spontaneous travel is less of an option.  You could drive to Uzbekistan, but not on a whim because, visas.  Same for Afghanistan.  So if you’re an avid weekend traveler, Dushanbe is not the place for you.

This year we got a little more spontaneous that usual.  I booked our tickets way, way back in March after years and years of scrambling for tickets a day or two before our 30-hour ordeals.  I felt so smug, so clever, so forward thinking.  Then, twelve days before our departure, that whole coup-thing happened in Turkey.  And suddenly all of those plans didn’t matter because we weren’t going to be flying through Turkey anymore and the other choice was Frankfurt and it was Monday and our only option - Saturday - was only five days away.  So, last minute scramble and tickets showed up the day before traveling, again.  Planning ahead never accounts for those pesky coups.

Then, of course, there is what time the flights occur.  We had friends visit last fall and were absolutely floored that their flight left at twelve o’clock.  Like in the middle of the day.  When it’s light outside.  Because pretty much every other flight that takes you somewhere else leaves at three in the morning.  Or five.  When we left for our R&R in July, our ride picked us up at 12:30 AM.  If you think a day of international travel is bad, try it on a two-hour nap (if you’re lucky).

Then there are the connections.  Oh, the connections.  Last year we spent 6 hours in Frankfurt going and 7 coming.  This year we spent 8 hours coming and eleven hours coming.  Our original flights, before that coup thing happened, we only had a six hour layover in Toronto.  Which compared to eleven isn’t so bad.  We just got permission to fly direct from Istanbul (allowed again) to DC and I was oh so excited to not have six hours in Toronto, but instead it was six hours in Istanbul (Dante left a circle out).  Don’t want six hours in an airport?  Well then it will be four flights instead of a measly three.  No matter which way you slice it, there is no way to get from Dushanbe to the east coast (I really feel for the west coasters) in less than 24 hours.  And that’s on a two-hour nap.

And then there’s the return trip, which really is the most worst part of all.  Because not only is it long, but you don’t even have a vacation to look forward to at the end of it all.  Just unpacking and trying to find something, anything to eat in your bare empty kitchen.

Friday morning we had family pictures.  Sunday morning everyone stumbled off the airplane in Dushanbe in the exact same clothes – because they had been wearing them since Friday.  After taking pictures Friday morning we packed suitcases and headed to the airport in Springfield, Missouri.  We checked in (oh how wonderful it is to check in at a small regional airport) and got on a flight to Chicago.  Friday night we went to sleep (or went unconscious, or watched movies) on our way out of Chicago.  Saturday morning we woke up in Frankfurt where we spent the day.  Saturday night we went to sleep (or whatever) on another airplane and woke up Sunday morning in Dushanbe, at 2:30 AM.  It really sounds like fun, doesn’t it?

And then, to finish it off, there is the jet lag.  Oh, the jet lag.  First you have to deal with the day you land.  All you want to do in the entire world is go to sleep.  Because you haven’t been horizontal in three days.  But you can’t.  Maybe you can take a nap, but only a nap because when nine o’clock rolls around you want to be able to go to bed.  Staying up late only prolongs the agony; the only way to get over jet lag is to actually get out of bed the next morning.  So the first day is spent wandering around the house like a zombie trying to break up fights and making abortive attempts to unpack the suitcases that exploded right inside your front door when everyone was looking for toothbrushes (because fuzzy teeth) and clean clothes and whatever else is suddenly pressing at 4:30 in the morning when you finally get to your house after two hours of passport control and customs and the endless, endless, endless wait for bags.

And then finally, finally, after that endless days that finishes with scrounging something for dinner (frozen beans and toast.  Definitely dinner) and wrestling children into pajamas, you can go to sleep for your first full night’s sleep in days.  There’s nothing more beautiful than your own, soft, not lumpy not flat, pillow in your very own room with your very own bed.

Which is the very same bed you will wake up in around 1:30 and turn and roll and stare at the ceiling because there is no way possible you can actually sleep.  Your body is exhausted, your mind is screaming for oblivion, you know that in the morning will be work and children and responsibility so you would possibly sell your first-born child for sleep if you could only find the person who would buy them, but they’re nowhere to be found.  They're probably asleep.  So instead you stare at the ceiling some more.  Or the wall.  Or read a book.  Or count sheep.  And finally, finally you fall asleep.  Then your alarm goes off five minutes later.

Then it happens the next night.  And the next.  And maybe even one more.  Until you realize that sleep is an illusion and it will never come and you are doomed to spend your days roaming the earth as a sleepless zombie but that’s okay because you’re really fine and falling asleep in thirty seconds while reading a story to your child is completely normal.

Until next time.
Posted by Sherwood family at 10:50 AM No comments:

Right now there is a pile of clothes sitting outside my door.  But every other sign of our 4:30 AM arrival back in Dushanbe is neatly put away (thank you, Brandon and the children).  I almost feel like I haven't been run over by a truck lately, and the children even got bathed today.  I'm toying with the idea of exercising tomorrow, but I'm making no promises until I get that magical first full night of sleep.

It looks like it's almost time for life to resume.

We had a fun, lazy summer with lots of pool time, minimal dinners (hummus and vegetables: not just for appetizers any more), and not much school.  Everyone enjoyed having some time off from the daily grind.

We wrapped up summer with a three-week trip to the U.S. (perhaps more on that later) where the I got to spend time with my entire family for the first time in seven years.  The children met second-cousins they didn't know they had and I caught up with cousins and cousins and cousins.  Edwin got to see dinosaur skeletons, the girls went canoeing with their grandfather, and I got Krispy Kremes.

We also visited Brandon's parents in Missouri where Eleanor was introduced to the most entertaining pastime of feeding cows corn shucks (sadly, no pictures), we went to the movies, and almost everyone got their eyes checked.

And then we made the endless trek back to Dushanbe.  I always wonder how I'll be able to leave the land of my nativity and rare delights like parking lots and municipal pools to go back to the daily schedule and isolation.  But by the end of three days of traveling, I'm just happy to be anywhere that isn't an airplane.

Summer's over, time for real life to resume.  Wish me luck!
Posted by Sherwood family at 11:00 AM 1 comment: