I'm Dreaming of a Tropical Christmas 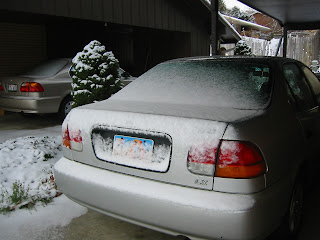 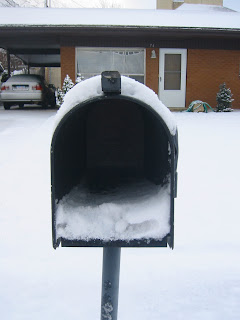 As a child growing up in North Carolina, I loved watching White Christmas with Bing Crosby, where he and some friends head up to Vermont for a wonderful white Christmas filled with snow, skiing, snowmen, and hot chocolate by the fire. My siblings and I would watch the weather report breathlessly around Christmas time, waiting for any small hint of frozen precipitation (even freezing rain counted). I remember one Christmas where a chilled rain almost counted.

After three or four snowstorms since Thanksgiving, I am cured of any desire for snow on, around, or within the three-month vicinity of Christmas, New Years, my birthday, Valentine's Day, or Easter. Perhaps Saint Patrick's day, too. But, as I live in Utah, the most two-week recent forecast includes 7 days of snowflake pictures, and only one day that isn't at least mostly cloudy. And it's been like this for the last two weeks. And the highest temperature on that list is 35 degrees.

If perhaps you are a person of my husband's ilk who spent two winters in frozen Ukraine, and considers the perfect weather to be 33, drizzling, and cloudy, then this Christmas is perfect for you. If, however, you have the soul (if not the appearance) of non-northern European descent, then we can all join together and tell Ol'Blue Eyes (and Irving Berlin, for that matter) to go hang it.
Posted by Sherwood family at 12:03 PM 3 comments: 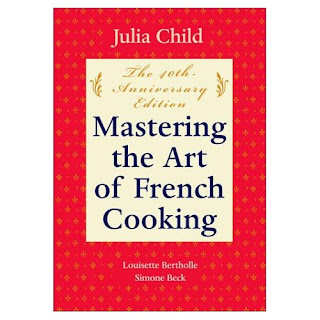 For Brandon's birthday this year, he received Mastering the Art of French Cooking, having expressed a desire to learn more about French cooking, and perhaps even eat some French cooking (there don't seem to be many French restaurants around here to try it out). As discussed in an earlier post, the danger of reading a cookbook is the following desire to eat all of the wonderful food described in the glowing prose of Ms. Child. The problem however, is finding or creating an occasion that warrants the 3 days of preparation necessitated by French food. The French never do anything hastily.

Luckily, Brandon's siblings Ashlie and Nick live just up the road in Provo, and both of them had had a birthday in the last year. And what better excuse for a dinner party than a birthday party, too? To make it more of a party, and being meddling older married people, we made them invite dates, so as to further spread the joy of French cooking (and praise for the cooks).

Having already fixated on roast chicken months prior, Brandon and I took faith in the Child, and prepared her suggested side dishes, ratatouille and sauteed potatoes. For a first course we served garlic soup (once again taking a step of faith) with bread, and to finish we had orange Bavarian cream (not French, strictly speaking, but in the book) with hazelnut cookies and hot chocolate.

Writing down such a meal sounds simple; really it should only take a few hours to cook. Roast chicken? Just stick it in the oven. Garlic soup? Boil garlic with a handful of weeds, and add mayonnaise. Bread? It's no-knead, so no problem. Cookies? Anyone can make cookies in 20 minutes. The problem one always runs into when preparing food, however, is not the complexity of individual dishes, but the complexity of everything together. The ratatouille alone took us (there was no way I was going to do this alone) 2 1/2 hours from start to finish. 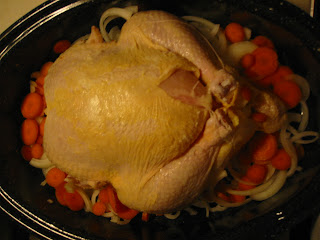 However, with combination of Brandon's pessimism and my
experience, we accounted for unexpectedly long preparation times and budgeted the prior two days and Sunday morning before church for shopping, chopping, and cooking. And however long it takes to make the food, the food never quite tastes like the culmination of 3 days of preparation, and nobody but the cooks has any idea.

By the time dinner and our guests arrived, Brandon and I were ready to eat anything, after cooking for 2 days. And as is highly unusual with cooking, nothing disastrous happened and the food turned out as hoped for. Everyone seemed, or at least pretended to have a nice time. But we're not doing this again until... Christmas dinner.
Posted by Sherwood family at 11:58 AM 3 comments:

Our heat has now been on for two and a half hours, and it still isn't up to the temperature I like. I just checked the weather, and it's 19 degrees outside, which might explain why the furnace is having difficulty heating our apartment. Yesterday I complained to Brandon that I am done with snow for winter, and he remarked that we have only had two snowstorms so far. Growing up in North Carolina, however, that's one more than is necessary for each winter. And we're not halfway through December yet. 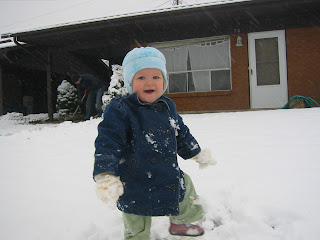 Our first snowstorm was a week and a half ago, on Saturday. Saturday was also the day we planned to go get our Christmas tree. I had planned on taking the camera, taking cute pictures of Kathleen picking out her first Christmas tree (last year she was only a lump in her car seat and didn't count for anything) and making family memories. However, by the time we skidded our way to the lot, sloshed through the mud, and made one circuit of the lot, we bought the first tree we had seen, dumped it into the trunk, and headed home. So much for memories.
After shaking as much snow off in the carport, we set the tree up inside and let it rain for awhile on towels before we ventured putting electric lights in it. Luckily, Kathleen was in bed by this time and so the tree was unmolested until the morning. So far she has left the tree largely alone, but the other day, I did catch her with the bottom of a glass ornament in her mouth. As long as she doesn't bite down, we should be fine. 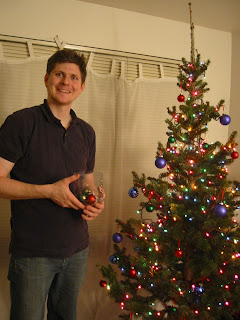 Posted by Sherwood family at 9:54 AM 7 comments: