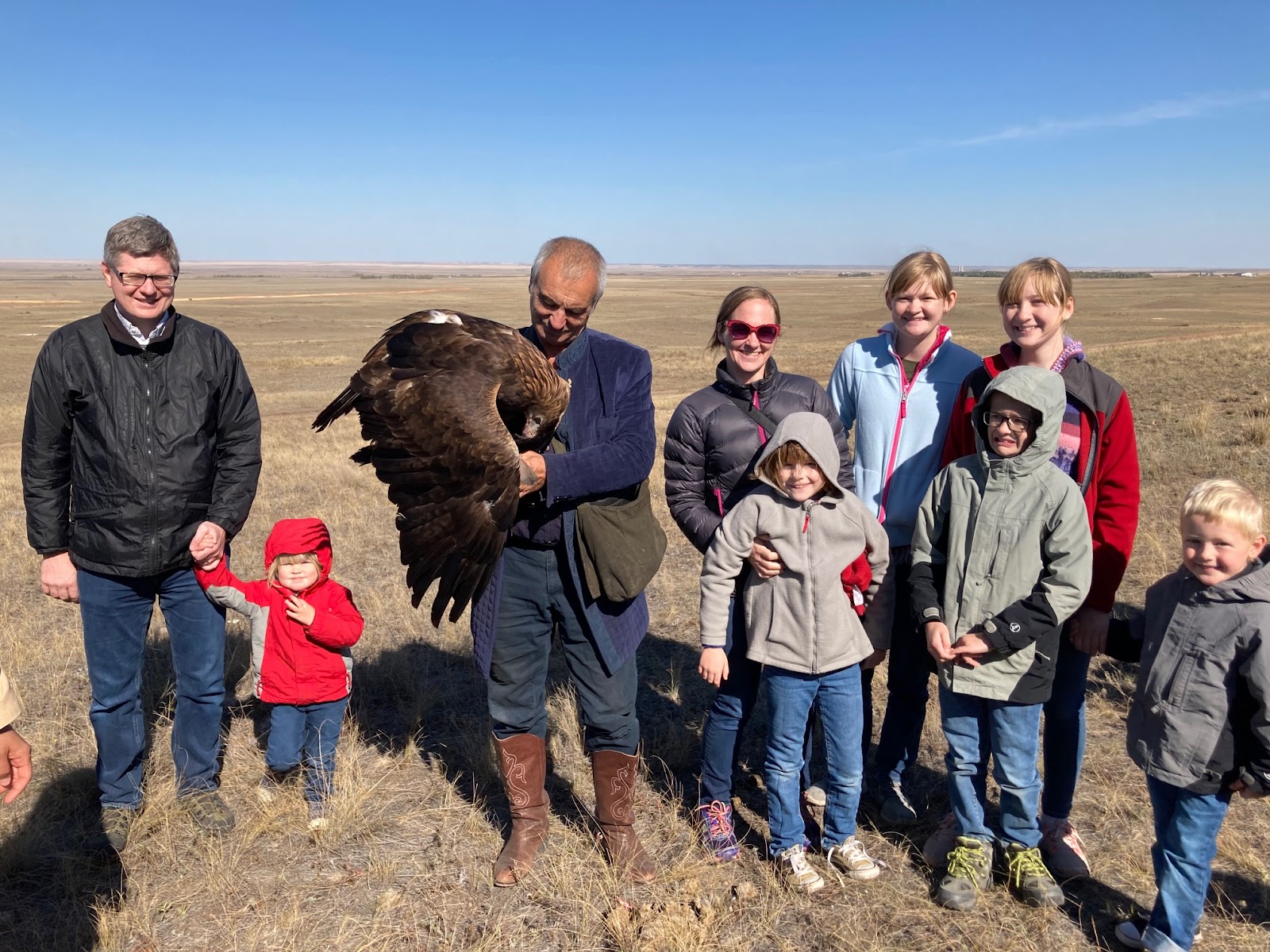 This past Saturday we got to go on a little trip out of town to see some traditional Kazakh activities.  Kazakhs are very proud of their nomad heritage and we were happy that they could share some of their traditions with us.

We started the morning with a drive outside the city.  Since our cars are not yet registered, we haven't had a chance to get out of the city and see what it's like.  Once we were able to get out the industrial areas (which in some places felt a lot like the US), the landscape opened up to wide open steppe.

Eventually we pulled off the highway and followed a dirt track to a ridge where we could watch the sports from.  They started with horseback riding.  We got to watch the riders do all sorts of tricks on horseback, jumping on and off the horses, standing on their backs while galloping, and wrestling to pull each other off.  The demonstration even included a horseback chase of the female member of the team.  If the guy chasing her didn't get close enough to kiss her, she got to chase him and try to whip him. 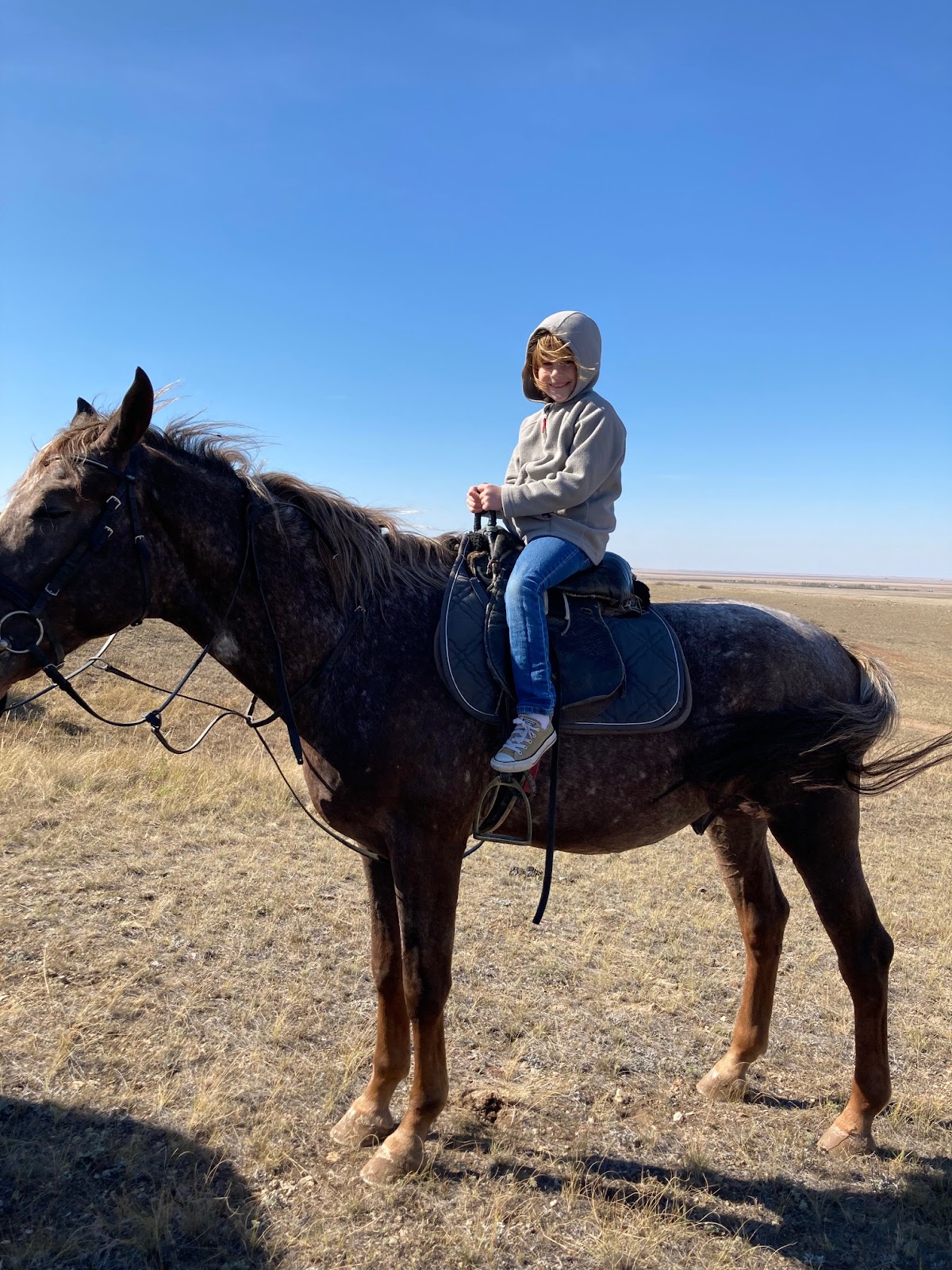 After the horses, we watched the local hunting dogs running.  They are long and lean like greyhounds, but with furry ears and tails.  It was impressive to see how quickly could run, which is probably pretty helpful for catching rabbits on the step.

The demonstrations ended with a golden eagle catching a killing a rabbit.  It was impressive to see how fast it flew and caught the rabbit, with the entire thing lasting less than thirty seconds.  We got to gather round and watch it eat the rabbit and then take pictures with the handler while he fed the eagle. 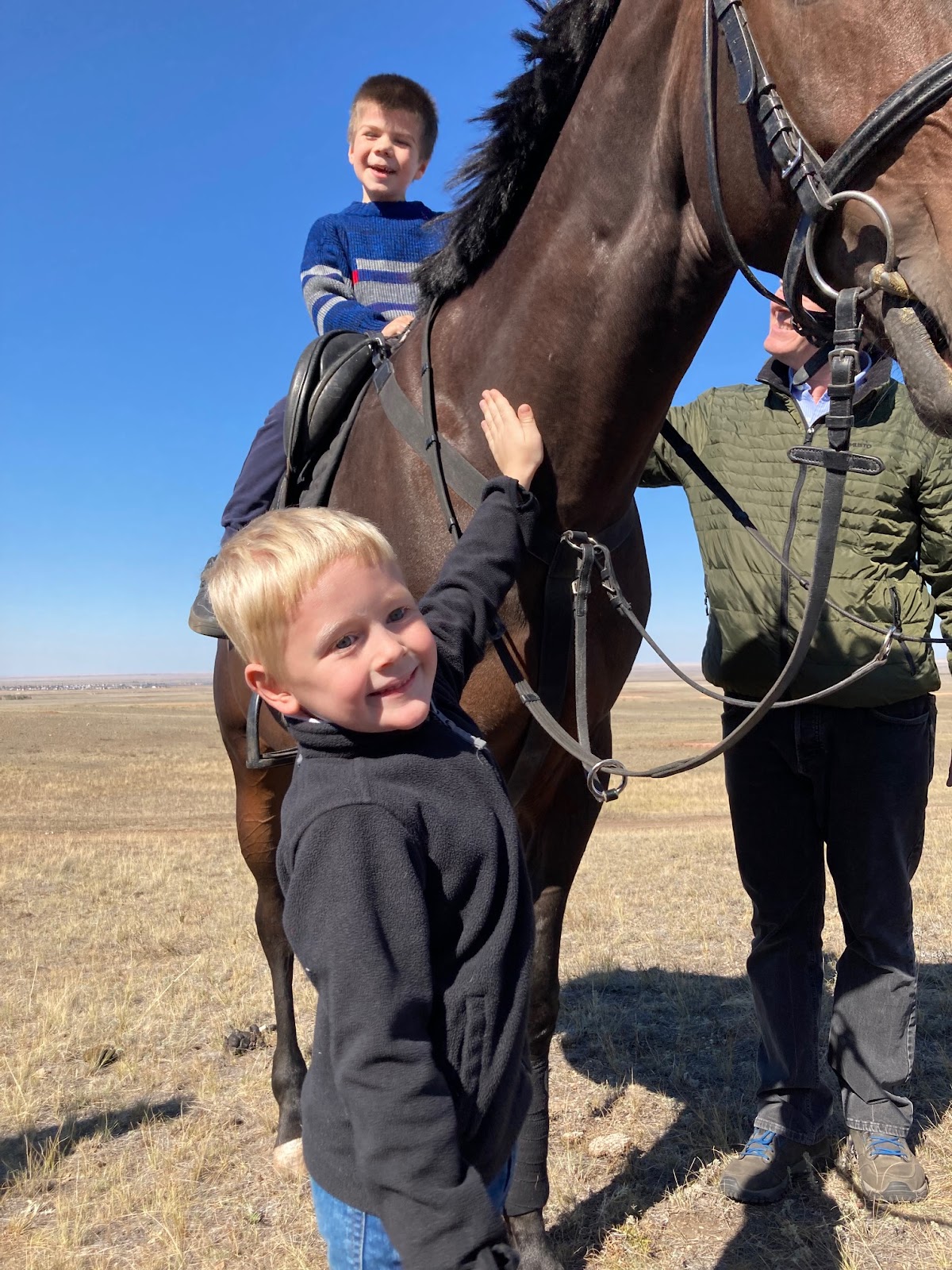 Golden eagles are prized family possessions among Kazakh families, with eagles being passed from father to sun as they can live from 80-100 years in captivity.  The Kazakhs will catch an eaglet when they are young and then train them up for hunting, taking them hunting on horseback for foxes and hares.

We finished the day with pictures, petting the dogs, and rides on the horses.  The children enjoyed petting the dogs, which were remarkably calm and quiet, not barking a single time despite being surrounded by people and children.  I suppose they're saving all their energy for running fast to catch hares. 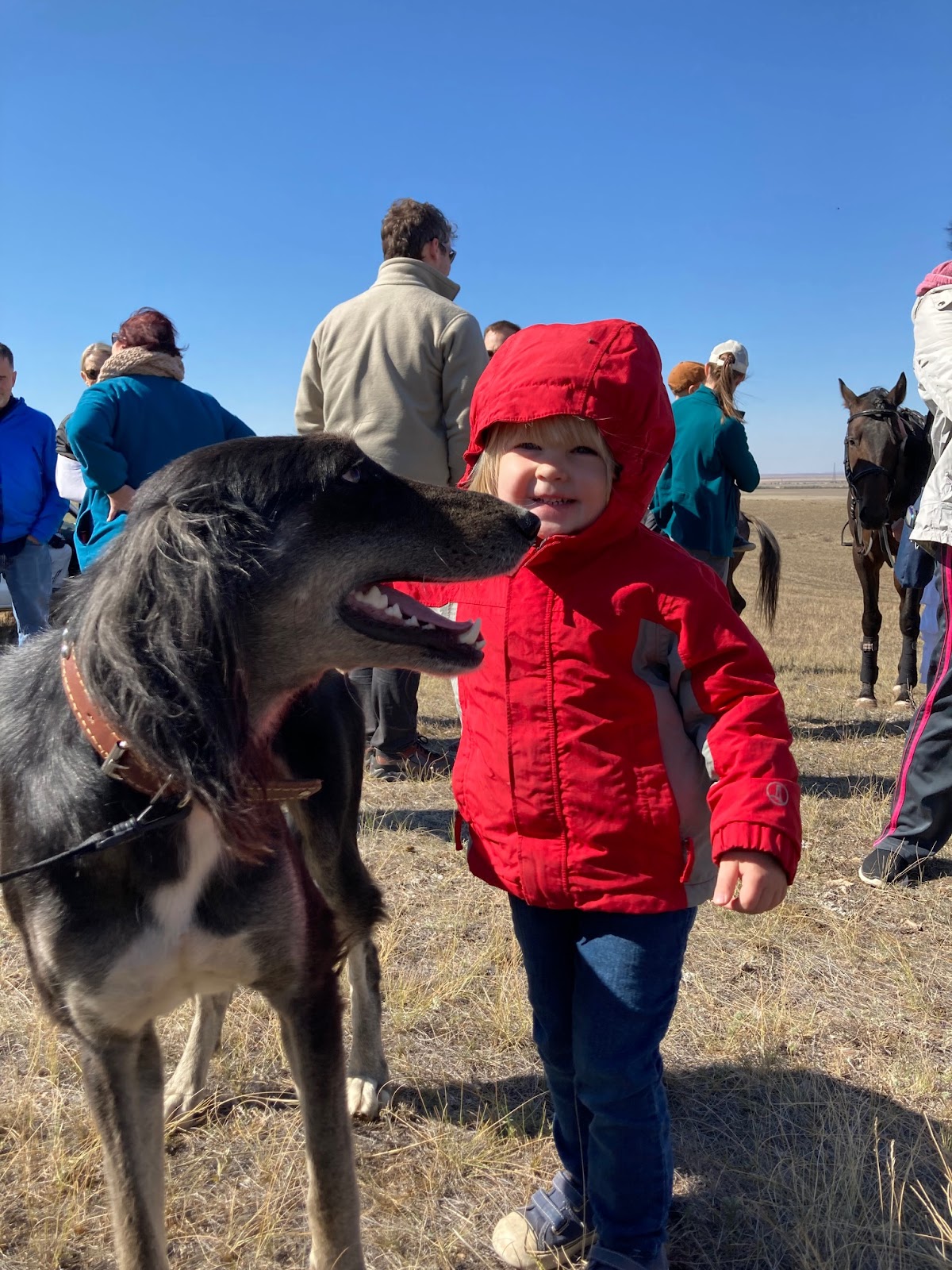 Despite the incredibly windy weather (a taste of things to come soon) that made the day pretty cold, we had a nice time seeing a little more of Kazakhstan and its traditions. 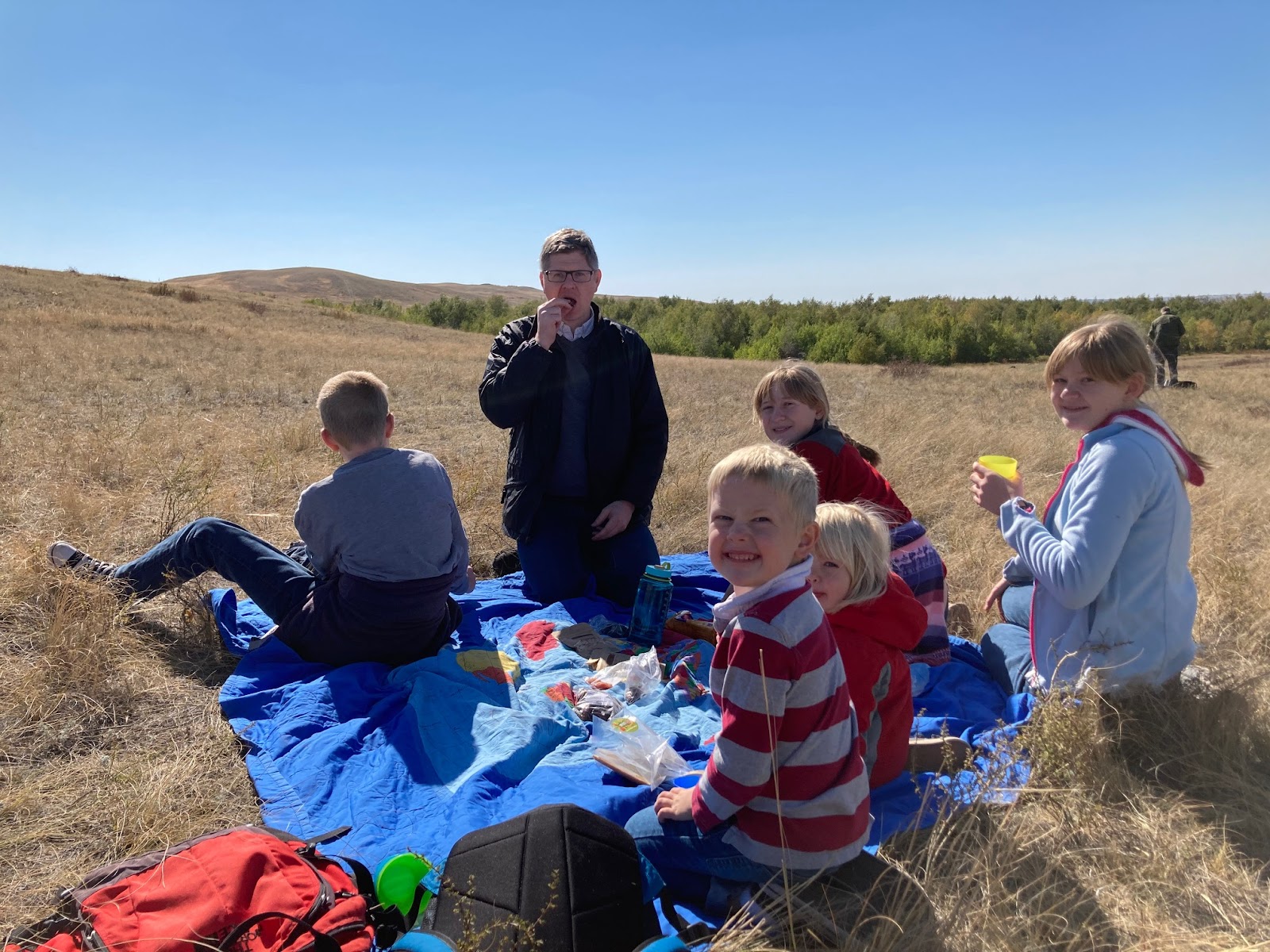 Posted by Sherwood family at 11:33 AM